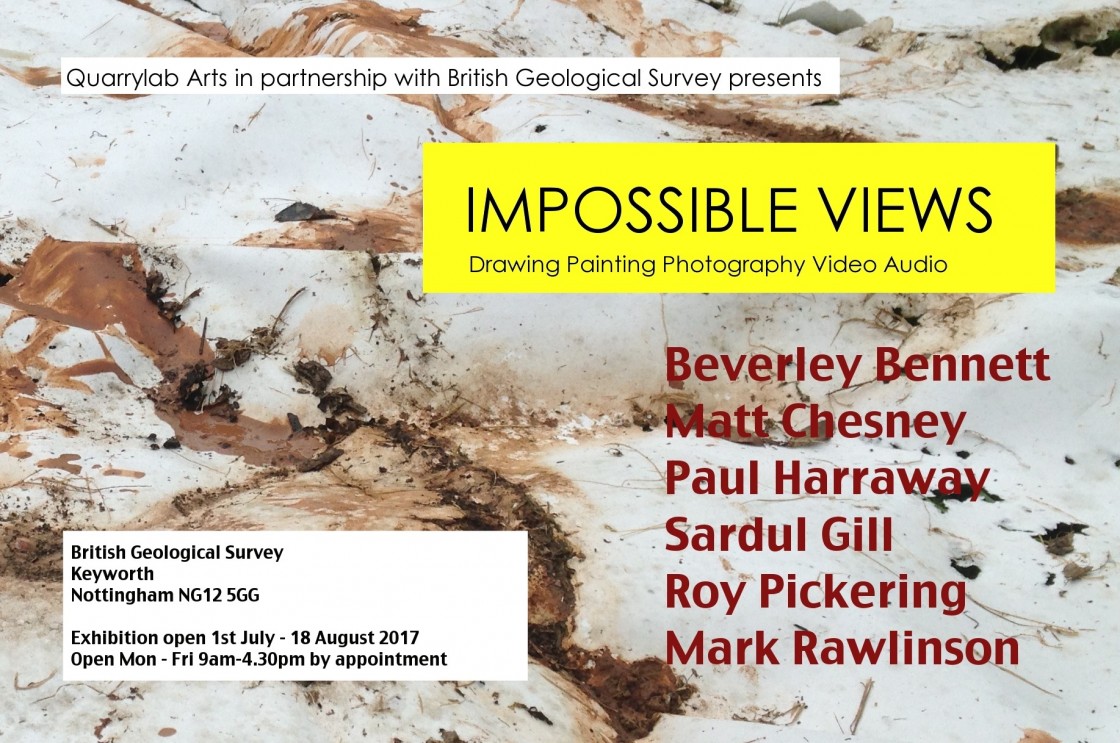 We at Quarrylab would like to thank our partners at BGS, and especially CEO John Ludden for making such a valuable contribution to the project in 2016, with representation at all the forum events and allowing access to the main site at Keyworth. Towards the end of the year artist Roy Pickering visited Keyworth as ‘Artist in Residence’, and will continue to do so in 2017.

We now have great pleasure in announcing that in July 2017 Quarrylab will be staging an exhibition to coincide with the BGS annual open day. The exhibition will showcase work by Quarrylab artists alongside items and artefacts from the BGS archives and repository. Entitled “Impossible Views”, the show will draw parallels between art and science, and explore how research and experimentation in both fields can be mutually beneficial, specifically highlighting aspects of the natural world and the nature of creativity that cannot easily be seen.

There will also be an educational programme to accompany the exhibition –

“STEM education (science, technology, engineering and maths) is based on skills generally using the left half of the brain and thus is logic driven. Much research and data shows that activities like arts, which use the right side of the brain, supports and fosters creativity, which is essential to innovation. Projects like Quarrylab will help the British Geological Survey (BGS) explore aspects of  STEAM education (STEM + Arts) which adds a creativity element that is essential for science research innovation. The BGS is very much in favour of linking art, engineering and science with the economy and well-being”.

Impossible Views” will be installed at Keyworth ready for the open day on July 1st and will be open to the public and educational establishments during the following week by appointment only.

Quarrylab looks forward to a continuing fruitful partnership BGS through 2017 and beyond. 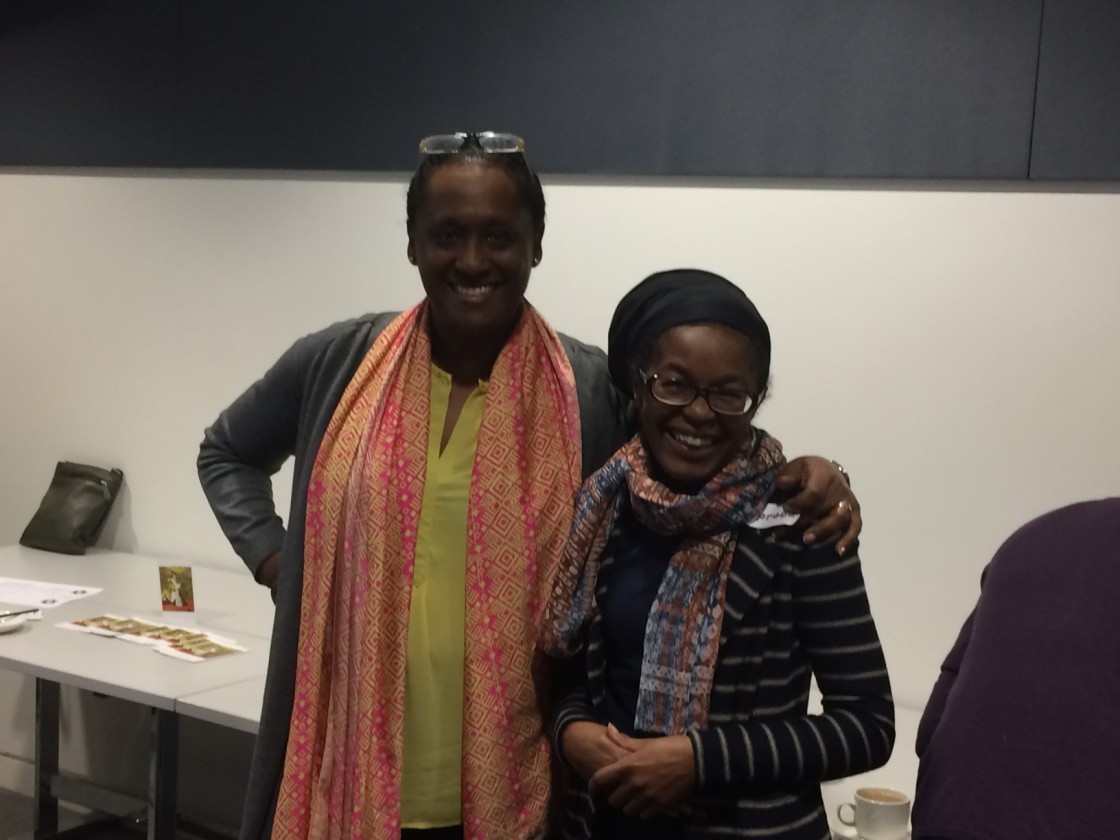 All at Quarrylab were delighted that our partners Nottingham Trent University hosted our third Forum event on 30th November. This was a chance for us to showcase some of the artists we have been working with this year, and of course, introduce the project to a new audience. It was great that members of the art and design staff from NTU were able to attend as well as other new comers. So we will definitely to be seeing some new faces at Quarrylab next year.

In attendance representing Quarrylab partners were Pip Spoerry, Head of Visual Arts at NTU, and John Ludden CEO of BGS.

Roy gave an overview of the work done in 2016, and spoke about plans for 2017 and beyond, specifically an ambitious exhibition project to be curated by Mark Rawlinson of University of Nottingham at the BGS Headquarters at Keyworth next summer. Possibilities for future projects with NAE and RSPB were also discussed.

Presentations were made by artists Sardul Gill, Trudi Entwistle and Beverley Bennett, who showed examples of their practice, and spoke about the Quarrylab project and how they will be working with us in the future. 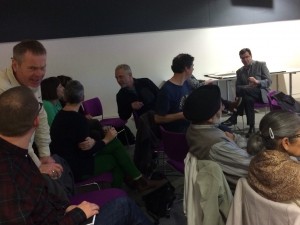 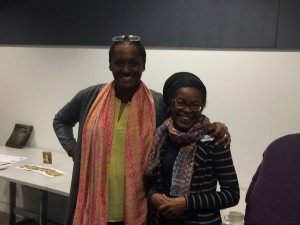 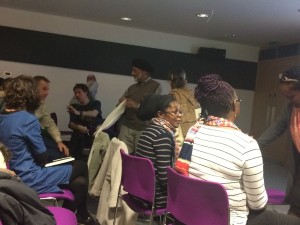 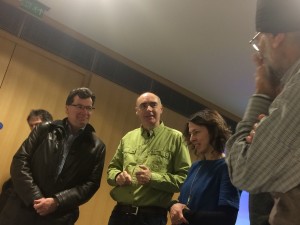 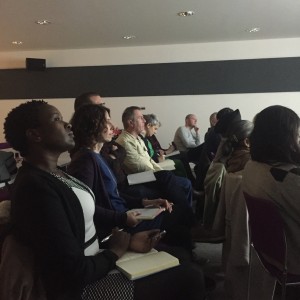 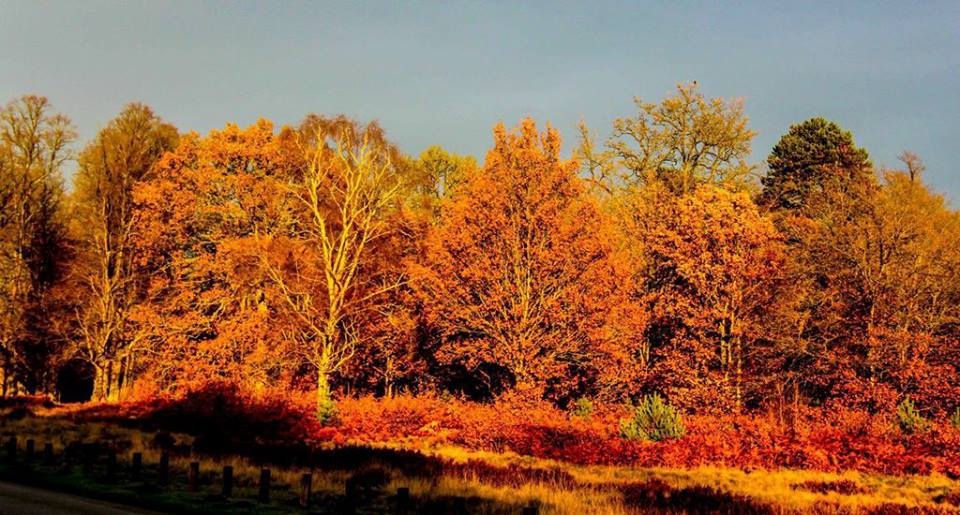 The second half of 2016 saw four new artists working at Quarrylab.

In September Nottingham based painter Paul Harraway spent a few days drawing, painting, taking photos and videos… and trespassing, (nice one Paul) around the quarry site. Paul is currently working towards a show at Bromley House, Nottingham in 2017.

Also in September Beverley Bennett, whose work was being shown at New Art Exchange, made sound recordings at Hunciecroft and in the old forest at Edwinstowe. Beverley, who lives and works in London, returned in October for a longer stay and a more in depth look at the ‘Quarrylab’ landscape. She will continue her work on her London studio and at Quarrylab throughout 2017.

Celebrated site specific land artist Trudi Entwistle from Leeds stayed with us for a few days in October. Trudi is keen to interact with aspects of the local landscape, particularly Sherwood Forest and Creswell Crags, and will return in the new year to make further investigations and start to put together a plan for a major piece of work.

Our final artist this year was Matthew Chesney who runs the Backlit studios in Nottingham. Matthew was keen to reconnect with aspects of his own practice and has started working on a project looking at the Ice Age artworks at Creswell Crags using open source software which computes RGB data into notation. Matthew will also be making regular visits to Quarrylab during 2017.

Quarrylab’s 2nd forum is happening next Monday (4th July). It looks to be a great evening, filled with art, music and discussions! 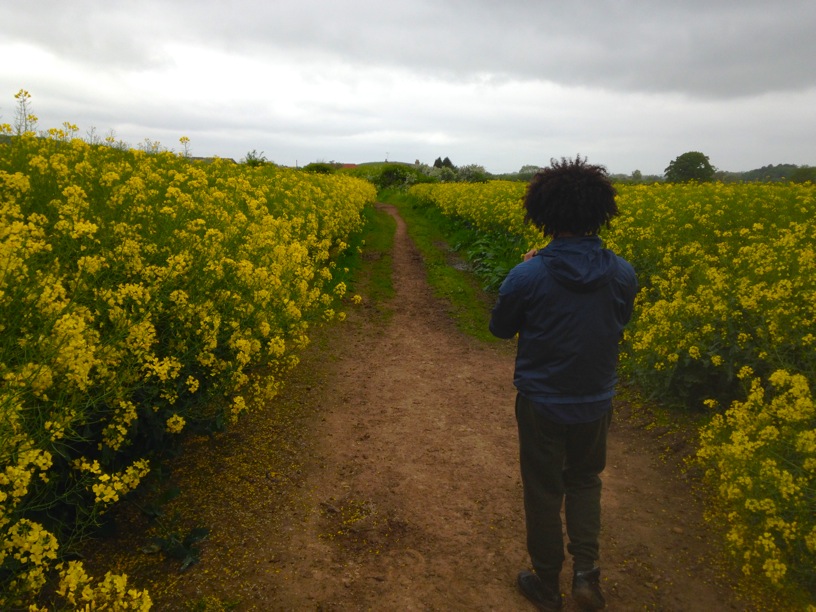 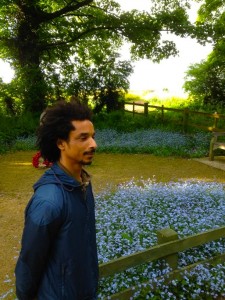 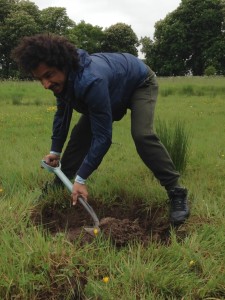 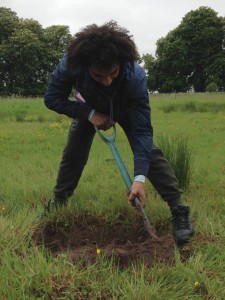 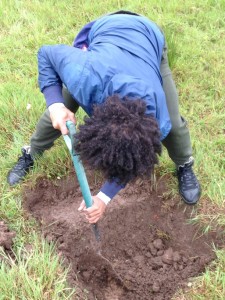 Ben Harriott digs for clay at his first trip to Quarrylab. He’ll be back in the next couple of weeks to progress with this project! 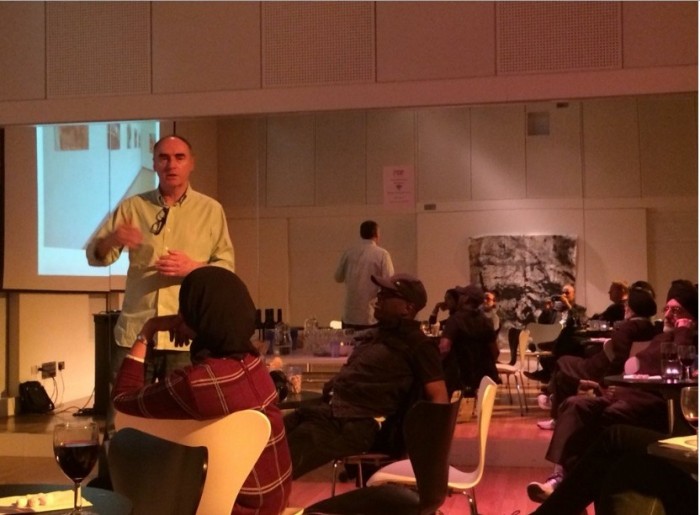 On the 24th March 2016,we had our first Quarry forum at the New Art Exchange, Nottingham.

After running a successful pilot programme in 2014/15 this was the first time we had all the main players together to discuss the 2016 programme and the work of the first two artists to visit Quarry in February and March, and to look at ways forward.

Invited guests arrived to the beautiful music of Maia von Lekow, a singer songwriter from Kenya who visited Quarry last year, and a display of collaborative paintings made by Sardul Gill and Roy Pickering. And drinks and nibbles of course!

The forum was introduced by Skinder Hundal, CEO of New Art Exchange who welcomed everyone, and went on to explain the concept and how Quarry came into being.

The forum, expertly chaired by Dr Lisa Mooney, was introduced by Roy Pickering, who gave a slide presentation showing the Quarry site and some of the work by visiting artists.

Flautist Fayrouz Kaddal gave a short talk about her visit in February, and went on to explain her ‘Sunken villages’ project in collaboration with fellow musician Daniel Merrill. Fayrouz spoke about the history and culture of her native Nubia. During her visit Fayrouz composed a short piece of instrumental music (with just a little assistance from Roy) which they then performed accompanied by Josh Osoro on guitar.

Next we looked at the paintings made by Sardul Gill and Roy during Sardul’s March visit. This turned into a lively discussion, about the work initially and the nature of collaborations, and then widened into a discussion about next moves, new ideas and new partnerships.

Also in attendance were representatives of our main partners – Philippa Speory from Nottingham Trent University and John Ludden CEO of the British Geological Survey.

Mark Rawlinson, senior lecturer from the University of Nottingham also came along, and has now agreed to become an official advisor to the project.

Two more artists are booked in for May and June, and this will be followed by the the second forum in late June or early July. 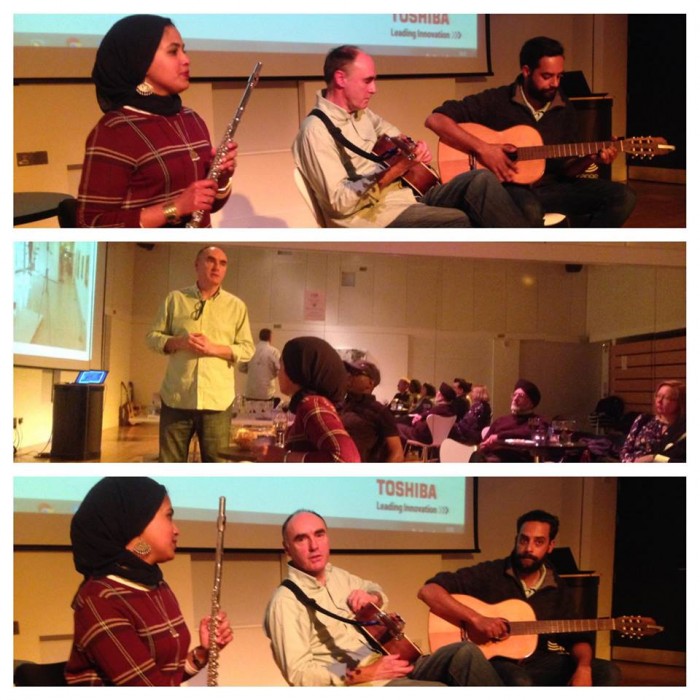